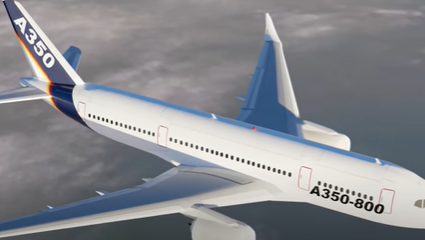 When Airbus first brought the A350 concept to the market, there was a third smaller version called the A350-800. It had 182 orders and looked like it would become the new must-have aircraft for airlines across the world.

But then, Airbus never built the aircraft and went on to instead replace it with the A330neo instead.

In today’s video, we will answer what the Airbus A350-800 was, why it was canceled and why had it been built, Airbus would have completed dominance over its standing rival, Boeing.

Back in the early 2000s, Airbus was in a tough spot. Boeing had jumped the gate with a new clean-sheet design called the Boeing 787 Dreamliner that was gaining significant interest – despite Airbus saying it was a mere reaction to the popular A330.

But on the urging of airlines, the airframe maker needed a new aircraft, one that matched the incredible technology of the 787 Dreamliner, to replace the Airbus A330 and A340 series.

The A350 series was originally designed as an improvement on the A330 platform, called the A330-200lite, with a new wing, tail, cockpit, and new engines – but with the same cross-section as the A330. This led to many airlines publicly and openly criticizing Airbus saying that it was a Band-Aid reaction to the Boeing 787, and that having gone to the effort of so many modifications, Airbus should have just totally redesigned the aircraft.

And they did just that!

When Airbus originally launched the A350 platform back on the 1st of December, 2006, there were three different versions. The Airbus A350-900 would be created first, with a stretch forming the -1000 series for a longer range and more passengers, and a -800 shrink for those who wanted range but less passengers. Airbus would start developing the original A350, the -900 first, before moving on the other models as this was effectively cheaper.

Specifically, the -800 would be the spiritual successor to the Airbus A330-200 series, much like how the bigger versions of the A350 succeeded the A340. It would be used for airlines looking to operate transatlantic services or fill in the upper market gap of around 270 passengers with a new modern aircraft; something that the Boeing 767 had enjoyed for so long.

But not all the aircraft in the series would see the light of day. And namely, the -800 would be canceled only a few years later.

Thus, from mid-2008, more and more customer orders for the -800 slipped into upgrades for the bigger -900 model. As production of the prototype bore on, Airbus realised a startling truth – there wasn’t much need for the -800 at all.

At the 2014 Farnborough Airshow, Airbus sealed the fate of the A350-800 by revamping the A330 with a new engine option – essentially that A330-200lite that they discussed nearly a decade ago. Airbus would then encourage airlines with -800 orders to either upgrade or switch over to the new neo range – a range that was cheaper and efficiently better in the market segment than the -800.

After the bulk of airline had switched away from the -800, Airbus would go on to cancel the program and not look back. But … perhaps Airbus would have been better served to make the A350-800 way back then.

Let me explain – it’s all about competition.

You see there is a small market gap in the Boeing lineup. Right between the Boeing 737 and the Boeing 787, of around 200 to 250 seats, Boeing doesn’t have an aircraft the efficiently fills this space. This is known as the middle of the market. They have the 737 going up to around 200 seats, and the 787-8 sits at around 240 seats.

Conversely, Airbus brings to the table in this space the A330 series and the A330neo-800 – an aircraft remarkably known for its poor sales – so far only 15 have been ordered compared to 316 of the bigger -900neo.

What I’m getting at here is that there is a market demand gap for both builders. This is because there are so many aircraft existing on the market that fill it, such as the Boeing 757, Boeing 767, and Airbus A330 series – airlines don’t need any new aircraft right now.

But these aircraft are either old designs or not made anymore – leaving the path wide open for a new aircraft to enter the market – namely the Boeing 797.

If Boeing was to develop a Boeing 797 aircraft, it would be a clean-sheet design that would fill in the 220-250 market and thanks to new technology, would effectively be superior to the aging platform of the A330neo.

Had Airbus developed an A350-800 shrink, it is possible that they could have filled in this market from the top, and the new A321XLR filling in the market demand from the bottom – closing off the market to Boeing for decades to come.

But alas, choosing to make the -800 a shrink of the -900 instead of its own design ended up making it too expensive to operate and efficiently killing the program, leaving the goal wide open for Boeing to build the 797. 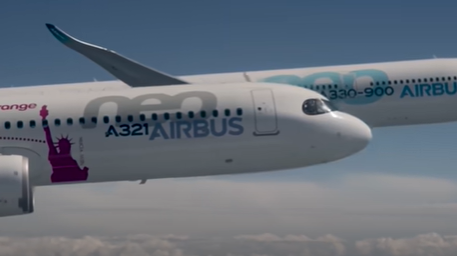 As for Airbus, you wonder why they didn’t instead focus on building a stretch version of the A350-1000 to compete with the new Boeing 777-9, but perhaps that’s exactly what they are working on and we will see it with the new A350neo – a video I invite you to check out here.

Thanks for stopping by to find out more about the A350-800 that was never built. It was a cool concept of a plane, but it didn’t make sense to build at the time.

Thanks again for all your support.


I was just seeking this info for some time. After six hours of continuous Googleing, at last I got it in your site. I wonder what is the lack of Google strategy that don’t rank this type of informative sites in top of the list. Usually the top web sites are full of garbage.