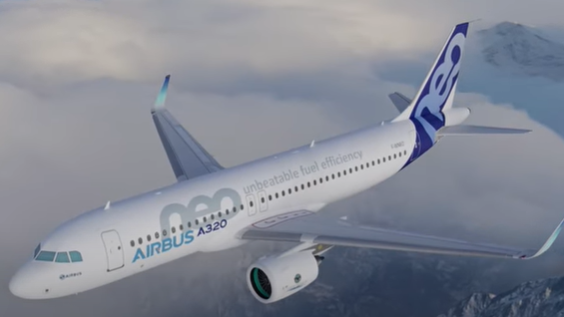 The words ‘next generation’ frustrate me. Boeing and Airbus are both guilty of claiming that their planes are the next game-changer in aviation and that the future is just around the corner.

But these planes are just reiteration of a theme, and they are simply the same old 1960s to 1980s designs with a slightly better engine and tacked on client-facing features like LED lights and fancy windows that dim.

So, today’s content is more of an open letter to the aviation industry, I’m going to ask where the promised planes are; the ones that can fly faster than sound, that take off into space, and bring the world of tomorrow to today.

Now, in the introduction, I made some pretty big claims that aircraft producers like Airbus, Boeing, Embraer and Bombardier, haven’t really innovated in well over forty years. And I ask, where are all the new planes?

Boeing hasn’t really made a new design, apart from the Boeing 787, in many years.

The 707 was their first, followed by the 737 and 747, both of which are now up to four generations. Then there is the 777 which is nearing its own third generation with the 777X. Any calls for new aircraft from Boeing are simply X versions of the 757 and 767 in the form of a 797. The 787 was a totally clean sheet design and really brought new technology forward.

Why haven’t Boeing used the learnings from the 787 to create a new clean sheet design? Sure, the Boeing 737 MAX has features from the 787, but we all know what happened there. You can check out my latest video on the 737 MAX here where I go into more detail.

Airbus is guilty of this as well. They have the A320 which has a neo version (new engine option). That’s all there is, the same airframe design, but new engines and some bells and whistles like large cabin storage and LED lights.

This has been successful enough for Airbus that they rolled out the neo program to the A330 series, and there are rumors that it will also offer an A350 neo in the next few years. Airbus also proposed multiple neo versions of the A380 program, but that never got off the ground due to low customer demand. Again, I’ve gone into way too much detail in another video about this, that you can check out here.

Airbus does have the Airbus A220 program that I consider a true next generation aircraft. It can easily crush the A320 series, especially the A318 and A319. Not to sound like a broken record at this point, but I have a video all about that here.

I could also argue that the A350 is a new design, and a very good one at that, but it’s actually a spiritual clean sheet successor to the Airbus A340. So, points there as well.

As for Embraer, they are still nipping around the market and I’ve heard good things about their E-Jet 2 program. It’s a shame that the partnership with Boeing fell through as I think like with the A220 and Airbus, the EJet2 would have given Boeing a well-needed shot of innovation. But that’s a topic for a future video.

Who bears the blame?

But are the aircraft manufacturers to blame for this?

Or is it the airlines?

You see there is one thing that airlines detest, and airframe builders want to avoid when it comes to new aircraft – and that is retraining pilots.

Pilots and their time is very expensive. Airlines only pay for pilots when they are actively flying or in training. Thus, if there was a way to make an aircraft with better innovations without retraining pilots, then airlines could reap the rewards of both worlds. Hence, we have what is known as a type rating.

Airbus and Boeing both seek to have the same commonality of type between generations, so pilots who are trained on one aircraft, can also fly another. For example, we see this with the Boeing 737 series, with the MAX earning the same commonality type rating as the previous versions in the series – well, until recent history that is. Now Boeing and the airlines have to retrain the pilots to fly the new version of the MAX, negating any savings made.

Without that advantage, you have to wonder if Boeing would have been better served building a true clean-sheet design for the small-plane-short-haul market.

The same could be said for Airbus. They have been sitting on the A320 series design for decades now, and while it’s very good, I don’t believe that a neo upgrade truly counts as innovation. In fact, isn’t the innovation in engine technology from the likes of GE and Rolls Royce rather than Airbus themselves? Airbus has been working on a true new A320 successor, but we are yet to see anything concrete.

Perhaps the hope then lies on new market players, like China’s COMAC with its C919 series, or perhaps the rumblings we hear from Japan and its own home-grown aviation industry. These future aerospace giants have no need to follow the ways of the West, and could very well bring to the market an aircraft design that is truly the next generation of aircraft.

I should also point out that perhaps, market forces are to blame as well. As we have seen with the Boeing 747 and the Airbus A380, the market has slowly trended away from large aircraft and hub-to-hub travel to more point-to-point travel with small and more fuel-efficient aircraft.

Airlines are now seeking planes that can fit into existing airport infrastructure such as gates and the runways that we typically see, planes that are as fuel-efficient as possible and are comfortable as possible for the passengers. Plus, with any brand new aircraft type that comes to the market, and I’m talking about a truly innovative aircraft design that is unlike the standard engines that we see, there is going to be a whole bunch of research required for it to become a certified type.

You see, the government agencies that certify these aircraft are actually incredibly familiar with the design and I dare say that they have an existing framework for certifying these types of aircraft. If you create a brand new type of aircraft, say something along the lines of a blended wing design, then it’s going to be a very different legal process indeed and probably, many more years before the public becomes comfortable enough to fly onboard.

Today’s content was brought to you by my patreons! While we are a very small group, I want to make a shout out to them for supporting me and the channel, including special sponsor, Troy Tempest. Thank you so much for your support. If you would like to join the gang and support the channel and see these videos ad free, behind the scenes, and live streams, then click here.

If you have an idea for what else we should talk about on the channel, please write down below; I read every one of these comments. If you enjoyed today’s content, then I hope you stick around and subscribe for what’s coming next!


Howdy! I realize this is kind of off-topic but I needed to ask.

Does managing a well-established blog such as yours require a large amount
of work? I am completely new to blogging however I do write in my diary every day.
I’d like to start a blog so I will be able to share my personal experience and views online.
Please let me know if you have any kind of ideas or tips for brand new aspiring blog owners.
Thankyou!