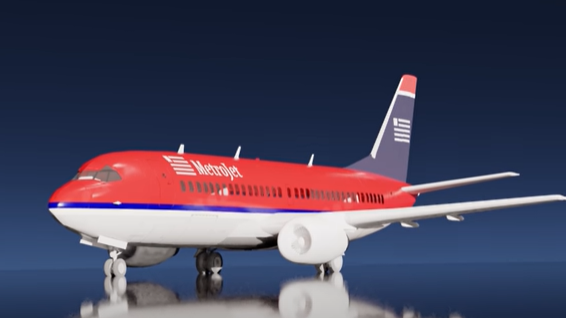 Low fares, cheap flights, and monster profits. This is the business model of low-cost airlines that dot the Aviation landscape, such as Ryanair and EasyJet.

This attractive market segment has gained the attention of several flag carriers, such as Qantas, who have leaped into the market with their low-cost subsidiary Jetstar – expanding throughout Australia and South East Asia.

You might be wondering then, why doesn’t the USA’s big three have their own low-cost carriers?

But here’s the thing, they actually did!

United, Delta, and American all had low-cost carriers that operated in the United States – this is their story!

The early 90s of the United States was a turbulent time for airlines; the recession plus deregulation had opened the floodgates for all sorts of new airlines to enter the market and seek their fortune. With falling prices and a market keeping pace, airlines needed to expand quickly into the new low-cost segment.

These airlines were Delta Express, United Shuttle, Continental Lite and MetroJet by US airways. 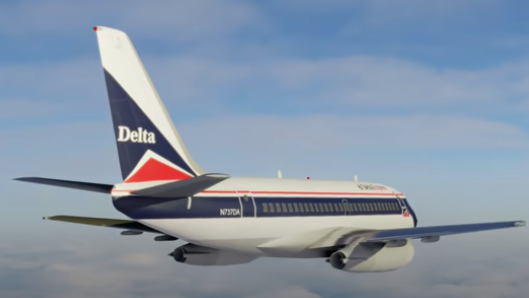 Our first on the list, Delta Express, was marketed as a no-frills airline within an airline. It would operate a fleet of Boeing 737-200 aircraft out of Orlando, and focus on the holiday travelers, with an all-coach cabin – with no in-flight entertainment or meal services.

The airline was relatively successful from 1996 to 2003, but still had one problem – Delta did not manage to gain enough productivity out of the workers and planes, and so its costs remained high compared to its rivals.

Plus, the spartan Delta Express was linked so closely to the mainline operations at Delta, that it confused passengers and would lead to travelers choosing other airlines as they would not know what to expect when they flew Delta.

Delta Express was eventually shut down in 2003 and replaced by another Delta low-cost carrier called Song, an airline made for women, but we will cover that in a future video. 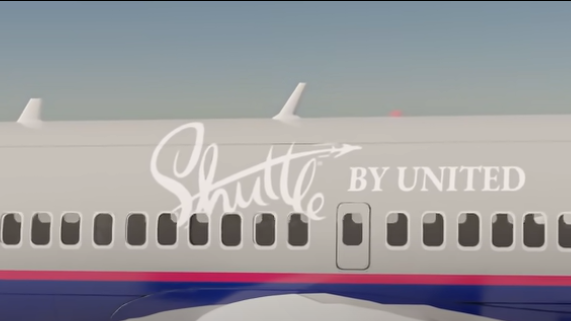 United wasn’t going to be left standing still, and in 1994, they made a deal with the pilot and mechanics union to start a new airline with the groups owning 55% of the carrier. This new airline, code-named U-2, would replicate the successful regional competitor, Southwest Airlines model, a single fleet of all the same plane and no hot meals, frequent services, and a simple fare structure. But as it was still part of the mainline United fleet, it could access the computer reservation system and, later on, access to the United frequent flyer program – although the airline did launch with unassigned seating.

The airline would have 58 Boeing 737s and operate out Oakland airport in the bay area as a point-to-point airline, and would offer flights to destinations such as LAX, Burbank and Ontario for as little as $19 each way – with the new name, Shuttle by United, branded on the side of the plane.

Fast forward three years later and a change in management saw the airline turned into a hub-and-spoke model, feeding passengers to mainline United international flights from SFO and LAX.

But there is a problem with SFO. It gets foggy, gets worse weather than Oakland, and has a significantly higher canceled flight rate. For United Shuttle, transferring the hub from Oakland to SFO was considered the singular worse choice in the Shuttle’s history and saw its reputation and schedule fall into total disarray. In 1995, the airline’s profit plunged, and the carrier now became subsidized by the international flights it was supporting.

Four years later, by 1999, the airline operated solely as a feeder for international flights, and long gone was its quick turnaround and cheap fares. Eventually, United no longer had any cost savings by not using the airline and folded it back into the mainline carrier.

United would go on to have a 2nd crack at the market with United Ted, but that’s a topic for another video.

Continental Lite was a very short-lived subsidiary airline of Continental Airways back in 1993 that only lasted slightly over 18 months, after losing over $300 million dollars.

The carrier used a mix of aircraft from Continental, from DC-9s to Boeing 737-500 aircraft, with all-economy cabins. The airline was based out of Cleveland and North Carolina, and at his peak, had over 80 daily flights to 45 cities across the East USA.

Alas, they couldn’t seem to make any money, and by 1995, the service was closed and turned back into standard Continental aircraft. One of the main reasons why this venture failed was that it didn’t make any money, and it cost too much by using continental facilities. It also failed to be in any way better than its rival, Southwest. Simply put, if given a choice, passengers would choose the bright and bubbly southwest brand.

The last airline of this low-cost period was MetroJet by US Airways. Developed as a way to stave off new low-cost competition in the US Northeast, US Airways sought a way to replicate the success of Delta Express in the South. The carrier would have a single class of service, operate a single type of aircraft, the Boeing 737-200 and fly a very limited network out of Baltimore. The airline would also be able to access the US Airways booking system and point program.

The airline reportedly was actually quite nice, with 33 inches of legroom, allowing two bags with each passenger, low fares and excellent customer service. In fact, the success of MetroJet would actually be its downfall, because it seemed that no one was paying attention to the main airline, US Airways.

That’s right, it seemed that all the attention was on the wonderchild and that US Airways started to struggle. Passengers started to choose not only to not fly rival low-cost carriers, but fly MetroJet over US Airways as well, cannibalizing higher paying customers. MetroJet also had the least fuel-efficient aircraft in the US Airways fleet and operated with incredibly high wages – US Airways didn’t renegotiate like the other carriers but used staff from the mainline carrier.

If MetroJet was to keep growing, it would be at the cost of US Airways. And at less profit per passenger than the mainline carrier, it would be doom for the firm.

After the horrible tragedy that was the September 11th attacks, and the subsequent fall in airline demand, US Airways closed the operation swiftly and merged it back into the mainline carrier. Had times been good, we could have predicted that US Airways spin-off MetroJet, but that’s an alternative future we will never see.

These airlines would not be the last time these carriers experimented with low-cost, airlines within airlines, but would be the only attempt at the magical optimistic 90s.

Stay tuned for the next in the series where we look at the airlines of the 2000s that rose and fell in the blink of an eye.

And if you enjoyed today’s content, then I highly suggest you check out the other airline grounded episodes, such as the one about Donald Trump’s shuttle airline, and even one run by the restaurant Hooters.

And lastly, if you want to support the channel then we have a great pateron where you can see videos early, talk to other members and choose what topics come next on Found and Explained!