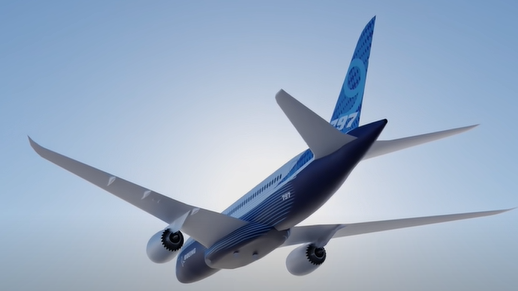 Boeing has been wrestling with the idea to bring a new mid-sized aircraft to the market, the legendary 797, for decades. Yet, they actually designed and offered the perfect aircraft already – the never built Boeing 787-3.

Today, I’m going to show you what the 787-3 was, why it was a mistake to not build it and why now, it’s too late for Boeing.

Hey. If you love aviation and other things, then you should hit that subscribe and bell icon to never miss a twice a week found and explained video on our YouTube channel!

Back in the early 2000s, when Boeing was designing the 787 to be the true next generation of aircraft, they created four versions – one less than what we have today.

But there is an opportunity gap in that line-up – as many passengers as the 787-9, but without the range requirements– meaning it would be more effectively at medium haul routes like New York to Chicago, Sydney to Melbourne or Tokyo to Osaka.

This would be called the 787-3. It would carry 290 to 330 passengers in a two-class configuration up to a range of 2,500 – 3,050 nautical miles (4,630 – 5,650 km). Thanks to its two-aisle design, it would have a faster turnaround as a single aisle 757 or 737, carry more passengers, and be more fuel efficient for shorter routes – using different blended winglets as opposed to the classic racked wingtips of the 787. The smaller wingspan would also mean it could fit into class D gates, a common occurrence in Asian markets. This plane would be a profit machine no brainer, or so Boeing claimed.

It would also solve the middle of the market problem. The 757, 767 and the Airbus A321 and A330 each border a ‘just right goldilocks’ gap between range and passengers. With the 787-3 fitting right in the middle, it would seem that Boeing was set to solve the problem once and for all.

When it was Debut, this aircraft platform became incredibly popular in Japan, with both Japan Airlines and ANA snapping up 43 orders.

So … why did it never go ahead?

What happened to it?

It all began with the delays to the first version of the 787-8. Boeing had trouble with the materials, software, spare parts market, management of the program, striking workers, their base of contracts making incorrect parts and had to even do some redesigns to make the Dreamliner work – so much so that it was dubbed the nightmare liner.

Three years of delays hit Japan hard, with ANA and Japan Airlines both choosing to switch their 787-3s over to the sooner-to-market 787-8s. 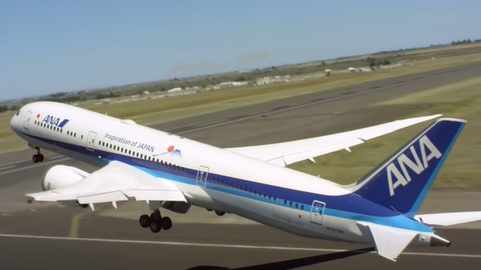 There were also some flaws with the 787-3 that we should also mention at this point. JAL and ANA realised that a 787-8 would be far more flexible in their fleets than the 787-3, and would offer little advantage in terms of economics over the existing 767. This was because, the plane had all the features of the 787-8, including the heavy empty weight, but with less power and thus range. The airframe maker had claimed it could reduce the weight of the plane to match, but was unable to during development.

Boeing didn’t have time nor resources to work out these flaws, and with the main orders gone, Boeing decided to retract the model and seal it away.

A quick side note: If Boeing did make the 787-3 back then, we would have also seen Airbus rebottle with the tiny A350-800 to compete. A video that we have covered here.

Flash forward to recent times and the market plays a different picture. Rival Airbus released the A321XLR at the 2019 Paris Air Show – winning not only applause but many orders. This plane had that an impress range and the passenger capacity to match, filling in the lower section of the middle of the market. Because Airbus built this aircraft off their successive A320 platform twice over, the plane would hit the market far sooner than any clean sheet design.

Boeing was going to release its own version of a plane, called the 797, at the same show in 2019. This aircraft would have been cheap to build with a metal body, not composites, and fitted in between the MAX and the 787. It would have sat 220-270 passengers, flown 4,000-5,000 nautical miles, with Delta picked to be the launch customer.

But problems with the 737 MAX took headlines and Boeing was forced to switch tactics away from new product development. A replaced CEO later, Boeing seemed to have cancelled any new plane ambition.

But in 2021, the platform has changed again.

With travel limited around the world and demand for flights at an all-time low, many airlines have moved away from larger widebody aircraft – an area that Boeing excels in, for smaller narrow body designs like the A320 series.

In fact, US carrier JetBlue recently fitted out its fleet of new A321 aircraft with lie-flat business class seats for trips across the Atlantic – not the first to do so, but the start of a new trend of carriers choosing narrow bodies for roles once dominated by larger aircraft.

It’s a market that Boeing can’t afford to miss.

With the 737 MAX now returning to the sky, Boeing has spoken about their New Midsize Aircraft (NMA) project – hinting that it will now bring to the market a new aircraft design, and offer three different versions ranging from 200 to 270 seats – with the latter one able to cross the Atlantic for those lucrative European bound routes much like the 757 did.

Likely, this aircraft will be based on the learnings from the 787, and effectively may be a reincarnation of the older 787-3 model. And according to some, this will be a good move, Addison Scholand at Airinsight Research said it best.

“Boeing has a very good record of understanding how the 787 works – where its strengths are, how they can tweak it. What would happen if Boeing were to dust off that thing we called a 787-3, let’s tweak it, let’s take some weight out, let’s do some clever stuff with it, and maybe that’s our NMA (797).”

So far, Boeing has been reserved with what it wants to do with the 797 project, as it wants to ensure that it has the right plane – a very different one than Airbus is offering, for the market at the right time. After all, for all intends and purposes, Boeing now has the upper hand as rival Airbus has already revealed their middle of the market aircraft design.

Is it too late?

As good as this sounds, 2021 is actually already too late for Boeing and it turns out – they missed the biggest opportunity in aviation – one that could have been avoided had they built the 787-3 in the first place. 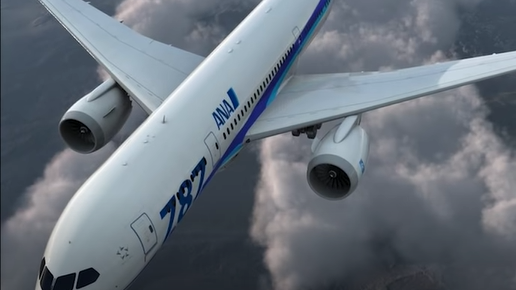 Boeing’s biggest enemy today is time. Any next Boeing aircraft design would not reach the market until at least 2030 – too long to prevent rival Airbus from dominating the market with their own design. On the flip side, an existing 787-3 if rushed now would be too weak compared to newer engine and aircraft technology being developed beyond 2025. The 787-3 would effectively be the perfect jack of all trades, but master of none aircraft.

While a 787-3 would be superior in air frame composite material to the A321XLR, Airbus could easily upgrade both the fuselage and engine technology in a blink of an eye, matching or exceeding the Boeing 787-3 revival, or a new Boeing 797.

Plus, we also need to keep in mind that Boeing has been suffering for years with the 737 MAX problem, the 787 having production issues and its stock price has fallen with cautious investors. To spend $20 billion building a new aircraft, one that it can’t afford to miss and that airlines can’t afford to order right now, puts Boeing in a difficult position.

For Boeing going forward, they need to plug a hole in their lineup. Be it an impossibly bigger 737 MAX, a restart of the 757, or 767 passenger programs with new engines such as the 767X, or a possible 787-3. All of them hard choices with no clear answer, but one that Boeing must choose.

What do you think? Let me know in the comments.

Thanks so much for stopping by today.


Rolls Royce is talking to Boeing about the ultrafan for its next new airplane. How about a reengined 787-3?

Caught On Camera - The US Navy UFO

Faster Than A Comet - The INCREDIBLE FMA IA 36 Condor!

The Insane Giant Nazi Railway - The Breitspurbahn
«
Prev
1
/
14
Next
»

Why the United Kingdom has no Bullet Trains