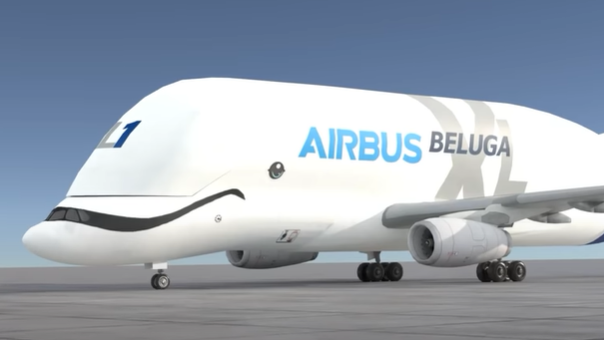 The Beluga whale (/bɪˈluːɡə/) (Delphinapterus leucas) is an Arctic and sub-Arctic Cetacean. It is one of two members of the family – Monodontidae, along with the Narwhal. It is also known as the White Whale, as it is the only Cetacean of this color; known as the sea canary – due to its high-pitched calls. 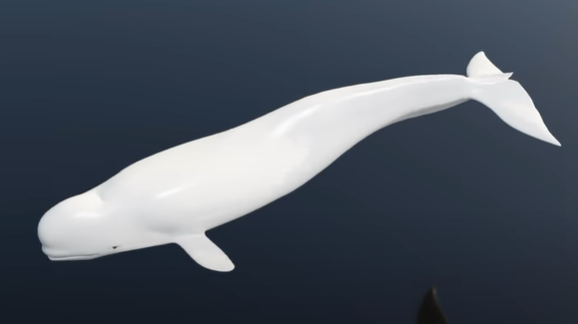 The Airbus Beluga cargo plane is a special cargo conversion used by Airbus to transport aircraft shells from their manufacturing sites across Europe, to the final assembly centers in France.

In this today’s content, we are going to explore the history of the type, why Airbus built it and what the future is, for one of the strangest aircraft flying in the world today. Stay to the very end for a little surprise!

The Beluga journey actually started before the plane was even needed by Airbus.

Being a new company with a new aircraft built across the continent, the general arrangement was for the wings and landing gear to be made in the UK, the tail and doors in Spain, the fuselage in Germany, and the nose and center-section in France, with final assembly in either Toulouse, France; Hamburg, Germany; or Seville, Spain. Thus, Airbus looked for multiple ways to bring a multi-site construction project together. The solution came in 1974 with a highly modified Boeing Stratocruiser, dubbed the Super Guppy.

Airbus had four of these aircraft; two from the original manufacture and another two that they built themselves on license, run by a subsidiary called Airbus Transport International (ATI). Technically it’s not an airline, as it’s just a transport from within the Airbus production line – but believe it or not, they make around $15 million a year from external charters! Back to the story.

When the A320 became more popular, and Airbus launched the A330 and A340 programs, they knew that the four super guppies were not going to be able to keep up. Their age meant that operating expenses were high and ever-increasing, and growing Airbus production required greater capacity than could be provided by the existing fleet. Thus, they looked at their own line up for a new cargo aircraft – settling on the Airbus A300 platform.

This would be the first A300-600ST Super Transporter, or Beluga ST aircraft, and five would be built!

To build these, Airbus would actually take a half-built A300 and cut it half. Why? Bertrand George, head of Beluga XL program said, “the airframe had already been reinforced in certain areas and, in these days of composite materials, a traditional metal structure was easier to convert, the latter being important to achieving entry into service of the first aircraft.” Building this aircraft would take around three years.

This would mean that the aircraft would be capable of carrying the heaviest part of the A340 – the wing.

By 2013, Airbus were producing A320 Family aircraft at a rate of 60 per month across its four final assembly lines in Toulouse, Hamburg, Mobile, and Tianjin, as well as at least ten of its new aircraft, the A350s, per month.

However, there was a problem with the existing Beluga aircraft – they could not transport an entire A350 on one flight. The plane would fly only the wing and one of the design drivers, as opposed to a complete shipset. Airbus needed a new aircraft to perform this role, one that was bigger and more powerful. Airbus considered the Antonov An-124 and Boeing C-17 (Dreamlifter), but they were found unsuitable.

This new design also needed to instantly fit into existing infrastructure, such as hangers, the airports Airbus used. It should also use the same maintenance facilities. Thus, Airbus looked at the A330 platform. The A340 was considered, but it would be too big to fit on the shorter runway at Hawarden Airport near Broughton in Wales – which was only 1,663 m (5,456 feet) long. Airbus would put aside a small budget of 1 billion euros for the project, for development and production. they would call the project the A330-743L, or Beluga XL!

The Beluga XL cargo bay is 6 m longer than the ST, 1 m wider and 0.5 m higher – the Beluga XL has the largest cargo bay cross-section of all existing cargo aircraft worldwide. Part of the length increase has been achieved by maintaining the full-width further aft than before. This allows the outsized aircraft to carry a pair of A350 wings. It operates at Mach 0.69 up to 35,000 feet (11,000 m) over 2,300 nautical miles (4,300 km; 2,600 mi) instead of the original 900 nautical miles (1,700 km; 1,000 mi). And as for the livery with the smile and the eyes, that was the result of an internal vote with twenty-thousand Airbus employees choosing the final cheeky design. 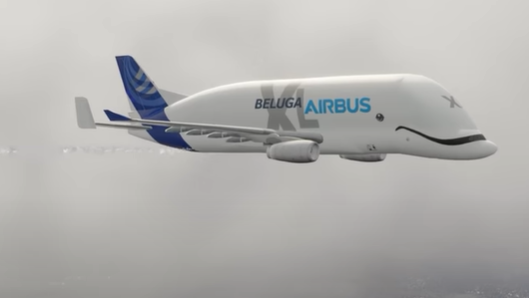 Six will be used for operations from 2023, with the delivery of the last fifth aircraft coinciding with the end of the original A300-600 Beluga retirement. Retirement for Airbus use mind you, not for retirement from aviation use – leading us to the very next question today.

What if it was a passenger aircraft?

Now looking at this fuselage, you might start to wonder … what if it was a passenger aircraft? After all, it would have a similar capacity to the Airbus A380 with its double decks, but would actually have twin-jet performance, especially if it used a more powerful engine like the Trent 1000 or GE9X. 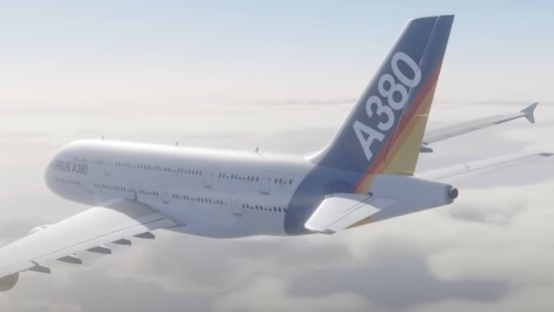 Plus, with the recent news that Airbus had been pushing for the Beluga series to be rated for ETOPS operations – flights over oceans like the Atlantic, this reality might be closer than you think!

Well, why don’t we sit down and crunch the numbers in another post – and turn this mighty beast of a plane into a passenger aircraft. Stay tuned! 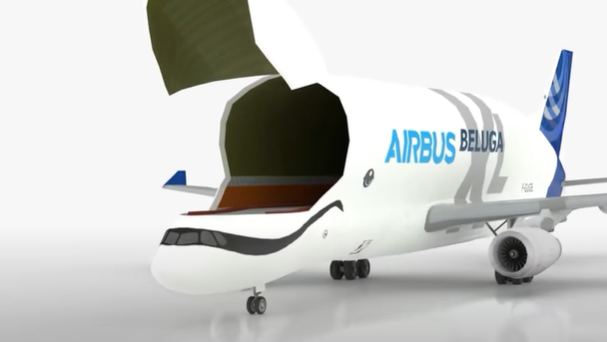 Today’s post would not have been possible without the support of my patreons, who get to see each content early and get to choose the very next topics!

But for making it this far today, we have a little reward for you – part two of this post right now! That’s right, part two of today’s content is available unlisted on YouTube right here. Don’t tell anyone in the comments now, it can be our little secret.