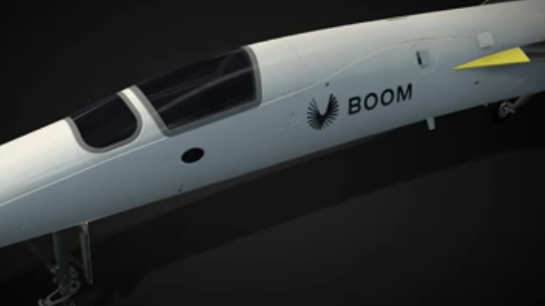 Boom Supersonic is building the closet thing we have to the next Concorde. Today, I’m going to show you the XB-1 test aircraft and how this small Denver firm is bringing back supersonic flight with the XB-1’s bigger brother, the Boom Overture. So, strap in and power up your afterburners.

Previously, we have touched base on three other potential supersonic projects, the Virgin supersonic plane, Aerion AS2 and the Spike S-512. However, these three aircraft are nothing more than CG mock-ups and they do not actually exist beyond a computer screen.

The boom XB-1 is different.

Currently under development and set to fly test flights next year, the XB-1 is a third-size demonstrator trijet that is effectively the first private civil supersonic aircraft ever built without government funding.

The firm has revealed the prototype aircraft and showcased its technical progress to the world. An excellent step for the aircraft.

Let’s break down what this plane is. 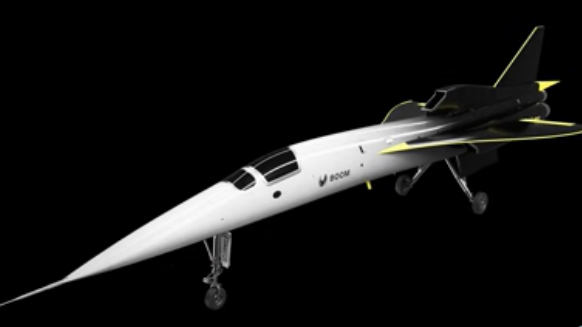 Details of the XB-1

The XB-1, baby boom, can seat two passengers in a close configuration. It is not designed for passenger use, only for there to be room enough onboard for two test pilots.

It is powered by three General Electric J85-15 turbojets, that provide 4,300 pounds of thrust each.

This will allow the aircraft to fly up to Mach 2.2, faster than the Concorde, although thanks to its small size and limited fuel capacity, it only has a range of 1,000 nautical miles (1,900 km).

To combat the impressive air friction heat that will spill into the aircraft’s cabin, the fuel onboard itself is ingeniously used as a heat sink.

From here, Boom Supersonic will perform checks, ensuring that electrics, fuel and other systems are working as designed.

Alas, flight tests won’t begin until later this year, and supersonic flight testing until well into the next year. As supersonic flight requires a supersonic trained pilot, Boom is working with the US military to test the airframe at Edwards Airforce Base in California. This base is well known as the testbed for today’s premiere aerospace technology programs, including the Global Hawk, Hypersonic flight, and the F-35 Joint Strike Fighter.

The company has not ruled out that the XB-1 will be available as a purchase for rich enthusiasts, but likely, the aircraft will need to undergo plenty of testing and pass certification before it’s commercially available. What certification this may be is unknown, as the US government doesn’t have any structure yet. However, this aircraft’s real purpose is only a proof of concept for a much bigger, grander vision, the adeptly named Boom Overture. 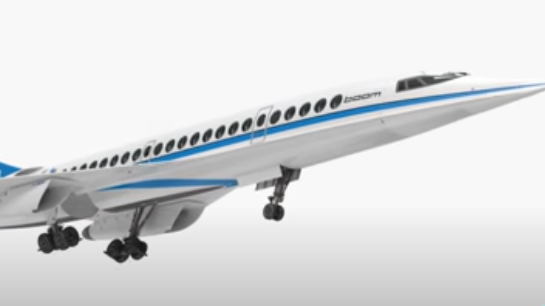 It will have a seat capacity for 55-business class passengers in a 1-1 configuration. Each passenger will have 75 inches of leg room, which is typical of a business class seat today. It will have three engines at the back, providing 15,000 –20,000 pounds of thrust each – which will put the Boom in Boom Overture.

Flying at a range of Mach 2.2, the plane will have a total range of around 4,500 nautical miles (8,300 km). It will not be a fuel-guzzling jet like the Concorde either.

“One of the principal reasons that Concorde wasn’t affordable was that it just consumed too much fuel, fast forward 50 years and, none of those things need to be true anymore, thanks to more advanced engine designs.”

According to Boom Supersonic, this opens up around 500 daily routes across water that would be perfect for the aircraft. Highlights include:

Alas, it does run into some problems when it comes to tackling the Pacific Ocean, as the range isn’t long enough without a refueling stop.

However, routes with a stopover in Hawaii could open up a flight time between Tokyo and San Francisco in only five hours and 30 minutes or for our Aussie viewers: Sydney to Los Angeles will only be 6 hours and 45 minutes of flight time.

The firm has said they could put in 30 lie-flat bed seats onboard for these longer flights, with a few businesses class seats.

Currently, Boom Supersonic is targeting around 5,000 USD for New York to London round trip (that’s both ways, not one way like the Virgin Galactic supersonic jet), which you may remember is a quarter of the price of the original Concorde.

Unlike many other projects on this channel, the Boom Supersonic Overture is getting serious airline attention. By the 2017 Paris Air Show, the company has 51 commitments for 76 aircraft. Five major airlines have placed orders, with Japan Airlines confirmed to have pre-booked up to 20 of the first jets – to a tune of $10 million dollars. At $200 million per unit, Boom predicts that they may have up to 2000 aircraft over the course of the generation – a $400 billion dollar market. At only $6 billion to design, prototype and bring the concept to market, to some, this could be the next big goldrush.

The aircraft is also earmarked for a possible Air Force One supersonic jet by the US Air Force. However, we will cover that another time, so subscribe to be sure not to miss it. 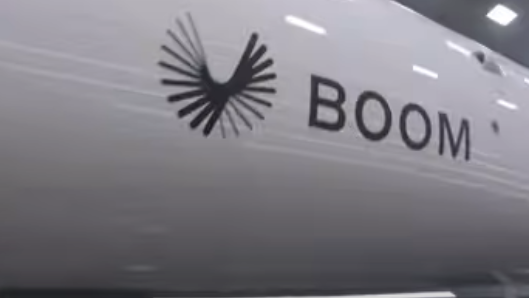 There are a few roadblocks on the way of this engineering marvel. For one, they need to get the XB-1 flying high and proven before they even begging to find money for the bigger Boom Overture. Also, they only plan to make six Overtures by 2027, testing the planes over two years. But you bet that I’ll be one the first in line to buy a ticket onboard this marvelous machine.

If you enjoyed today’s content, be sure to check out my other articles and videos on supersonic aircraft, or the crazy Boeing Sonic Cruiser that almost got built.

Let me know what you think of today’s post in the comments.

Beluga XL as a Passenger Plane