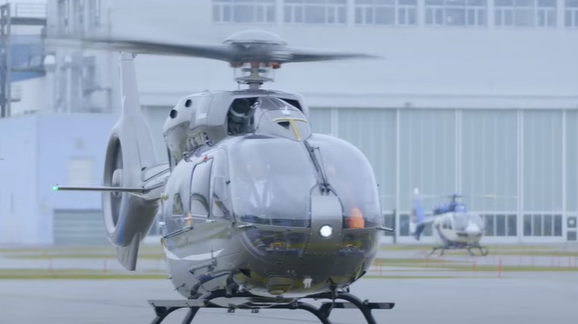 Choking on pollution and getting stuck in traffic is one thing the rich of this city never experience, flying high above the skyscrapers. Brazil’s São Paulo has the most helicopters in the world and has been dubbed Helicopter City. How did this happen and what’s it like? Let’s jump in!

In the city of São Paulo alone, considered Brazil’s financial center, there are 400 registered helicopters (with 700 in the state) flying over 700 trips per day, according to a study taken back in 2013. This places São Paulo ahead of cities like New York and Tokyo. With 12 million citizens in the urban area, this means there is one helicopter per 17,000 people – which is the highest in the world. 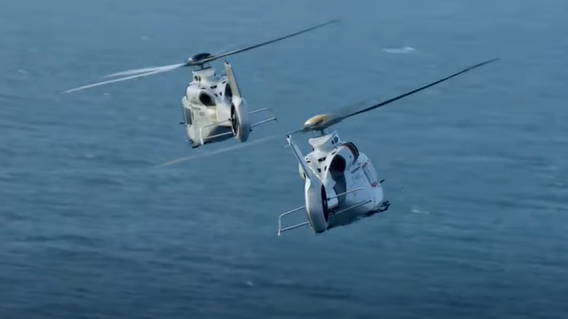 How is this even possible?

So, the question is, why does Brazil have so many helicopters and who is taking these 2000 flights across the state per day?

For one, it’s the new class of mega-wealthy magnates that live in these cities and they have to traverse the continental country quickly.

The rich inhabitants of this city live in luxury condo towers with helipads on top, allowing them to fly to other towers with offices, restaurants and bars without ever having to go down to the ground. In fact, it was reported that back in 2010, 129 of the 215 helipads in the city were unregistered and were not monitored by authorities. Truly a playground for the rich.

But it’s not just fat wallets that has spurred the perfect storm for helicopter travel.

São Paulo was known worldwide for its chaotic traffic and in 2014, it set a new record with a traffic jam stretching more than 344 kilometers (214 miles) during a rush hour. With six million cars on the road in the country, there is simply no more room down below.

Essentially, Brazil’s infrastructure’s failure to keep pace with its economic development has led to these mega wealthy to consider other ways of getting around – one that is not hampered by traffic.

It’s not just the VIP transport role that these helicopter transports fill, but also everything from tourism to package delivery. One delivery company laments that “in a helicopter, it takes about 12 minutes. In my car, it depends on the traffic but it is about 1 1/2 hours to 2 hours.” 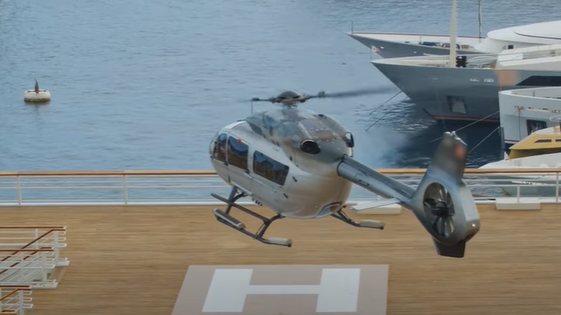 The interminable bottlenecks originally made the helicopter a virtually essential vehicle for top executives and the well-to-do in Brazil, especially in São Paulo, one of the cities with the largest number of millionaires in Latin America.

They pay top dollar too, treating these aircraft just as much as they would a sports car or a sedan. For example, one helicopter dealership in Rio, (that’s right, they have dealerships like car dealerships) features a flagship aircraft – the Italian Agusta, which runs for roughly $6 million. A Versace interior is optional for an additional $2 million. A price that rich people are glad to pay. 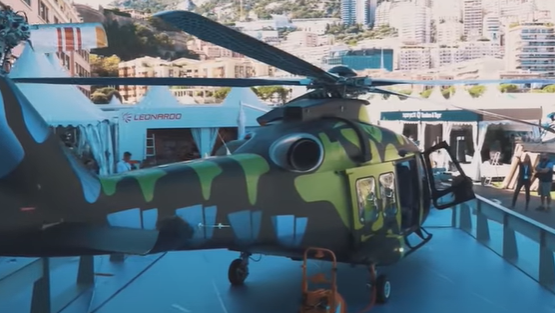 Even politicians are getting on the trend despite the backlash. Back in 2013, Rio de Janeiro’s state Governor, Sergio Cabral was exposed for flying a helicopter only six miles from his house to office every day, a flight over only three minutes: costing the Brazilian tax payer $1.7 million a year.

Cabral also used his helicopter to ferry his nanny, dog, and family on shopping trips and vacations to his country home. When confronted by reporters, he said:

“I’m not the first to do it; others in Brazil do it, too. And it’s OK because of the job I have. I’m not doing anything new. I am transported with my family; I get out of work and go to my country home.”

According to flight global, the helicopter market in Brazil has been growing 12% a year, thanks to demand for VIP transport in São Paulo and Rio de Janeiro, as well as a booming offshore oil sector.

How does the city manage all this traffic? It is the only city in the world with its own air traffic control just for helicopter aircraft. Technically dedicated rotorcraft air traffic control towers exist at Aberdeen, UK and Stavanger, Norway, for offshore oil rigs but São Paulo has the first dedicated urban service.

Everyday, control operators guide hundreds of flights between rooftop helipads and the airports through São Paulo’s thirteen dedicated helicopter air traffic corridors, including the cities’ elite private helipad that houses private helicopters for up to $50,000 a month. The tower controls all air traffic in the city, sans airport, of an altitude of between 2,000 and 3,500 feet. Over 3,500 feet, the helicopters are transferred to the main airport air traffic control.

We should also touch base on the realities of living in the helicopter city. Some neighborhoods have over fifty helicopters flying overhead per day, or roughly one flying past every ten minutes, drawing out conversation and interrupting daily life. Some helicopters even take off to not even fly anywhere, hovering over the city like a bird of prey looking for opportunities like televised events or tracking criminal enterprises in the form of police choppers. Some of these helicopters will spend collective hours between fuel runs over the city’s denser part adding to the urban landscape background noise.

Some politicians have stepped in to try and curb the helicopter activities. City councilman, Chico Macena proposed a law in 2007 that would have prohibited the departure and arrival of helicopters between 8 pm and 7 am, requiring all helicopters to keep a minimum distance of 500 meters from all public buildings that are sensitive to noise, such as hospitals, schools and universities.

When the bill hit the mayor’s office in 2010, Gilberto Kassab, who himself flew up to nineteen hours per month via helicopter, drastically edited the bill. He limited the flight of helicopters to only between 11 pm and 6 am, limiting the hovering to a maximum thirty minutes per neighborhood, he also changed the limit of distance to sensitive structures to only 300 meters. Plus, the fines for these violations? A maximum of $5,000 US – something that you can imagine is pocket change for those buying Versace helicopters.

And what do the helicopter firms say in rebuttal to these complaints from citizens? “If you want to hear the birds, then leave the city”.

“If you want to hear the birds, then leave the city”.

The few years of world events have greatly affected the helicopter city with the boom coming to an end. The economic and political crises pummeling Brazil has greatly reduced helicopter operations and led to low-cost flights on demand through app technology.

Back in 2016, residents and tourists in São Paulo have been able to order a helicopter through Cabify, an associate of the Voom company of the Airbus group.

A client can order a helicopter through Cabify or directly online from Voom up to forty-five minutes before the desired flight time at prices some eighty percent less than traditional air-taxi services. 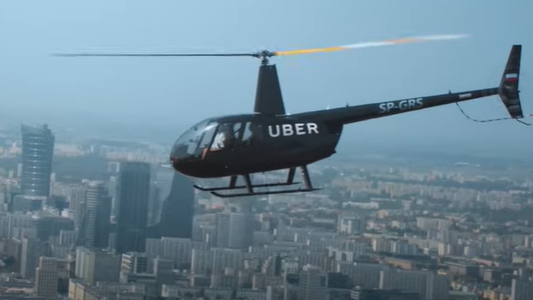 Compare that with the market rates before Voom became available. Individual helicopter companies wanted ten times more — and trips needed to be booked at least two days in advance.

“Our goal is to make helicopter transport accessible to more people, so that the helicopter is seen as an alternative,” said Voom’s executive director, Uma Subramanian.

A five-minute trip from a hotel on Ave. Faria Lima to Congonhas Airport can cost between 160 and 400 reais ($65 to $129) depending on the promotional discount, compared with 3,700 reais (around $1,190) charged by one of São Paulo’s more traditional air-taxi companies.

“We want to broaden our user base. Executives are still our main clients, but with the prices we offer, we are opening the category to many more customers. And that is what we aim to do,” Rogerio Guimaraes, head of new business at Cabify, told EFE.

To book, the app asks passengers to enter their weight and that of any baggage, then immediately sends the calculated fare. Just like Uber today, the app would calculate demand and prices could surge if there was more demand – especially on weekends or public holidays.

Alas, Voom and its competitive apps were victims to the current crisis plaguing us all and shut down in April, 2020. At its peak, the app was managing 150,000 total active users and fly 15,000 passengers. The Silicon Valley team had aspirations to launch the app to other cities beyond three – São Pablo, Mexico City and San Francisco – but never entered much more north America. 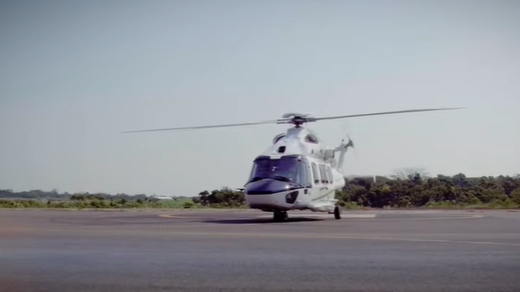 Today, Brazil’s helicopter city has cemented itself as a place where aviation is not only a fix to a traffic problem but an evolution to the way we travel. Airbus and other companies like Uber have looked at the landscape and have used it as a basis of future air transport, such as the famous flying car.

For São Paulo and other cities becoming like them, it’s not a matter of if helicopters will be the primary form of transport for the masses, but simply when.

If you enjoyed today’s content then let me know down below with a comment! Also, if you want to hang around for more, then consider subscribing to the channel!