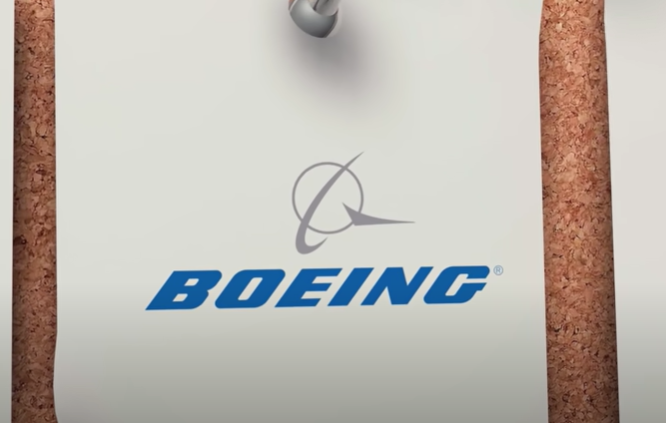 Two decks down the length of the plane, and carrying over 650 passengers, this 1990s proposed version of the Boeing 747X would not only be the biggest passenger aircraft flying in the sky, but it would put crush the efforts by Airbus to build their own double-decker forever.

But the 747x would never actually be built by Boeing, with its legend powering rumors about the next Boeing new large airplane for generations to come. In today’s video-article, we will look over what the new large aero plane was, the other designed Boeing came up with, and why it was NEVER BUILT.

Boeing had dreamed of building a pure double-deck aircraft, as far back as 1965, when designing the first Boeing 747. Designers at the time repeatedly ran into issues, such as where to place exits, how to service the plane with 1970s airports, and even how to load the bags onboard.

Boeing’ designer Joe Sutter, the de facto father of the 747 said later, that the double-decker 747 was a “a clumsy airplane” that was “short and stubby”.

Boeing would go with a single deck 747, with the cockpit located in a hump, on a second level, only because it would allow a front cargo door for future freighter conversions – passengers on a second deck were only an afterthought. After all, the future of air travel surely belonged to the world of supersonic jets like the Concorde, which was under development at the time. We will talk about this more in the coming reviews. 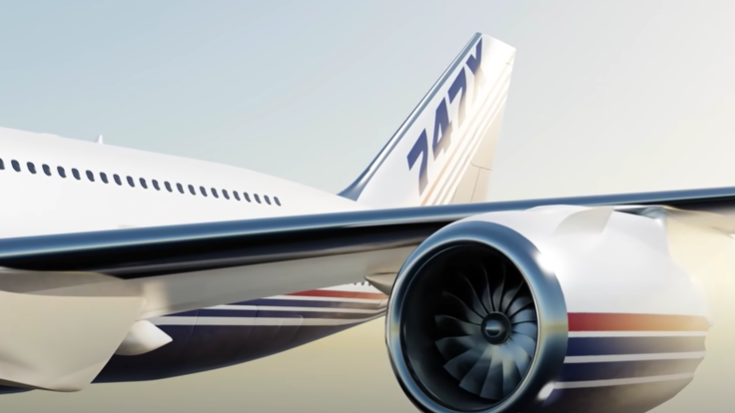 In 1993 that Boeing would revisit the double-deck design concept. They saw not only Airbus and rival MD working on double-deckers, but also that air travel growth was growing rapidly across the world. More air travel meant more airport congestion and limited landing slots; thus, airlines needed an aircraft that could carry as many passengers as possible. Boeing predicted that this market would need 2,500 airlines with more than 350 seats between 1990 and 2005 – and they had the order book to provide it, its 747-400 had got a staggering 382 orders in five years, 130 of them in 1990 alone!

So, Boeing got to work!

Unlike Boeing, I don’t have a team of engineers, researchers nor $3 million to spend per day on a new large airplane design. I couldn’t have put in the time to research this video and others without the help from Audible. Audiobooks have been an absolute game-changer. Audible allows me to research and relax on the fly, while I do other things – like creating the graphics for the videos you watch today. I highly recommend checking out How to land an Airbus A330 by non-other than James May. I guarantee you’ll be laughing even just from the sample, but heck, you might even learn a thing or two on how to land a widebody!

Plus, after that rollercoaster, they have sleep tracks included that help me rest when my minds buzzing like prop engine at night. If you want to jump onboard like me, then visit Audible.com/foundandexplained or Text found and explained to 500 500 to start your free 30-day trial.

There would be three different programs to create a new large airplane and a successor to the Boeing 747, the VLCT (Very Large Commercial Transport), The N650, and LAPD (Large Aircraft Product Development).

The first project would be a joint effort across the Atlantic. Detailed studies of the 500-seat plus market showed demand for between 400 and 500 aircraft, not really enough to justify billions in development for one company – a lesson from the 747-100 development Boeing didn’t want to forget.

To bring this VLCT to the market, Boeing was looking at working with a European partner, one or all of the companies that the time made up the very loose firm called Airbus. The partnership worked for a while but eventually hit a stone wall when it became apparent that Boeing and Airbus were competing in other aircraft niches, and that they butted heads on aircraft design philosophy, such as the cockpit fly by wire debate.

The next program, the N650, was started in 1991. It could carry 650 passengers with 18 seats across in economy! It would look very similar to what would become the Airbus A380, with a cockpit on a middle level at the front, and designed for the Asian market, where the Boeing 747 was joked as a ‘regional jet’.

The last program, LAPD, is possibly the most bizarre and truly deserves its own video. It was a long single deck monster plane dubbed the 763-241, based on the C-17.

The Boeing team visited Lockheed Martin and researched the layout and structure of the C-5, and spent a day crawling over an Antonov An-124 that was visiting Seattle.

The design they came up with had 69-foot-tall T-tail, a 262-foot span and a length of more than 250 feet. It would carry 450 passengers, and have sleeping berths above the sitting cabin! However, the concept had structural issues and the vast size of the tail and the height of the engines above the ground posed significant problems for ground support.

Overall, these projects came up with a 100+ different designs for the Boeing new large airplane. A great start, but Boeing had to choose one idea that was cheap, easy to build, and what the market wanted.

With the Boeing 747-400 being its best seller yet, Boeing was inclined to follow the direction of upgrading the 747 platform and avoid the costs of a new clean-sheet design (where have we heard that one before …). Boeing reevaluated the passenger requirements down to a more 450-to-650-seater range, with the upper level changing to compensate.

The three concepts were launched in 1996, with Boeing shopping the -500 and -600 models. They were so confident that it would be a best-seller, that the contracts with British Airways and United for the -400 included an option to upgrade.

But using all this new 777 technology proved a big gamble. The next tech doubled the development cost of the 747x to $5 Billion US, and also made it no longer share a commonality with previously Boeing 747s, pushing away airlines like Lufthansa. Lastly, airlines were also well aware of the new Airbus A3XX program in the works, and were happy to wait until it was released.

The series didn’t get any orders, and by 1997, Boeing pulled the plug.

Boeing’s product strategy and marketing vice president, Mike Bair said at the time “We just could not make a business case for it; the small size of the market meant the money we have to spend on it … just didn’t make sense”

Flash forward to the year 2000, and Boeing reworked the -400 series into the 747x – avoiding the high costs of the previous version. There would be two versions, the 747X and the 747X stretch.

But again, with a small improvement over the 747-400 series, this plane concept didn’t really win and hearts and it was put on the back burner in favor for more outlandish concepts like the Boeing Sonic Cruiser, which you can see on the channel right here.

From here, Boeing would focus on its twin-jet business like the 777 and 787. They would flirt with a concept called the 747-400XQLR (Quiet Long Range) which had an increased range of 8,056 nmi (14,920 km), with better fuel efficiency and reduced noise. But it didn’t really sound very exciting at all, especially in a world of increasing range of twin-jets.

All of this research was put together for a final design of the Boeing 747 in 2004, based on the 787 technology and called the 747-8. It wouldn’t be a double-decker, but it would have many of the technology and research that was used during the 747x development. And from here, the rest is history.

Now I don’t want to be a conspiracy nut, but there was a comment on the last Airbus A380 design video that went into great detail how the Boeing 747X and New Large Aero plane project was simply a ruse to get Airbus to commit to the A380 program. That Boeing was working so hard on their own double-decker program that Airbus had to hurry theirs out the door to beat them to the market. While this would have been a brilliant if not outrageous 4d chess move, it is rather unlikely, as Boeing was spending a staggering $3 million a day on the NLA design plans; just to trick Airbus? But then again, maybe they were.

At the end of the day, Boeing made the right call not going ahead with the concept of the NLA and 747X, after all, the writing was on the wall that airlines wanted a plane that matched the RANGE of the 747, but not the capacity. Airlines didn’t need a bigger plane, but rather one that was more fuel efficient and had better reach across the globe. An outcome that we can see with the success of the Boeing 787, and the unfortunate failure of the rival Airbus A380.

Make no mistake, while I can whip up a nice video, I stand on the shoulders of giants. Much of this video research was based on the hard work of authors such as Guy Norris and Mark Wagner; aviation experts at Airlines.net and Secret Projects;  other researchers and concept designers that are too numerous to mention. Again, I thank you for making secret aviation history so accessible.

If you watched the video in the course of reading this, and would like to support the channel, then we have a patreon page that you can check out here, where you can see videos early and suggest topics. If you enjoyed the video, then I suggest you subscribe and check out the other videos in the description. And as always, a like and a comment go a long way! 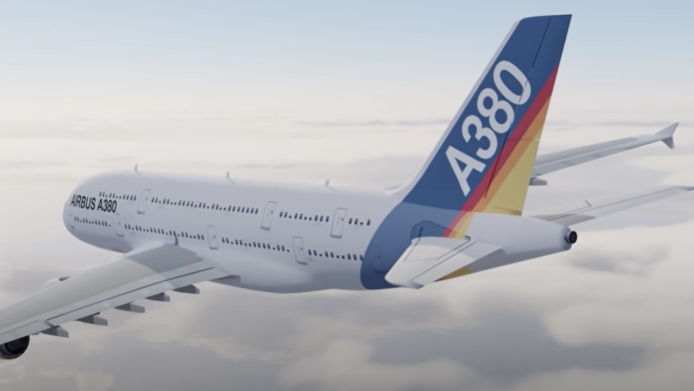 The Evolution of Airbus A380: How It was Designed 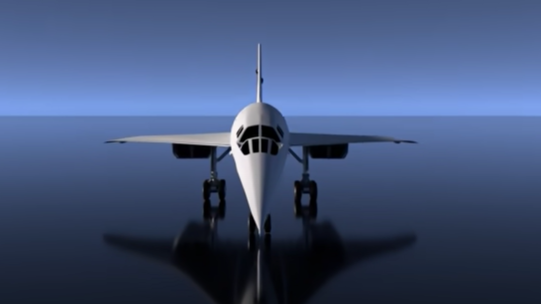