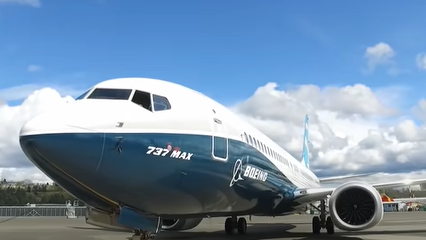 No other aircraft has been more controversial than the Boeing 737 MAX aircraft. One one hand, it is seen as the latest generation of one of the world’s best-selling aircraft – on the other, a terrifying hubris of the ‘too big to fail’ aviation industry. With its return to service only a beat away, with American Airlines scheduling its first one for 29th of December. Should you choose to fly onboard?

The short answer is yes; the long answer – is far more complex.

For those who are out of the loop or are new to aviation, you may not be up to date with the Boeing 737 MAX series’ latest developments. The Boeing 737 MAX is the fourth-generation aircraft of the very popular 737 series that brings some of the latest technological developments. It has lower fuel burn than ever before, impressive performance and modern cabin comfort.

However, and this however comes with all the weight that I possible can say, in Boeing’s haste to update its Boeing 737 series for the future and beat rival Airbus and their own A320 neo, the 737 max has a significant flaw in its design. A flaw that ultimately led to two fatal crashes and buried the aircraft in tragedy.

For over a year since those two events, Boeing and the FAA have worked tirelessly to address the issue and come to the market with what has been called a simple fix, to get the aircraft flying again. Although a long process, Boeing and its customers are confident that the issue has been resolved and that passengers can be comfortable flying onboard a MAX again.

Part of the changes are limiting the MCAS auto pilot system to only activate a single time, not repeatedly overriding the pilot, and the implement of two autopilot sensors instead of one.

So far, the FAA has recertified the type, and other aviation administrations are performing their own independent tests to follow suit. Once the type is turned to active duty, airlines will then retrain pilots to fly it and be aware of its different flight dynamics compared to the other aircraft in the series.

But as a passenger, should you fly onboard the aircraft? There are several different ways to answer this question.

For one, the aircraft is the most scrutinized aircraft of all time. No plane has been gone over with a fine-tooth comb by as many experts across many different government departments, aerospace firms and industry regulators than the 737 MAX. Whether or not this is a cold comfort remains to be seen, but many people have put their faith in the design, outside of Boeing and outside the aviation industry’s vested financial interest.

The plane is also well tested, during the recertification process, the plane has now completed about 1,400 test and check flights, and more than 3,000 flight hours.

In short, this plane is well understood and airlines are confident that given enough time – passengers will return to flying comfortably and won’t even notice what plane they are on.

And that’s something to consider. The greater public doesn’t know much about plane types, especially compared to aviation enthusiasts like many of my viewers are. They simply do not know the difference between a 737 MAX and 737-800, let alone between a Boeing 747 and Airbus A380.

Boeing has decided to retain the Boeing 737 MAX name, stating that it would be a disservice to the brand to ignore its history, and also it would look like it wasn’t honoring what happened with the victims of the crashes by changing the name.

Airlines have been a little more reluctant to send passengers back into the sky with the Boeing 737 MAX, with many delaying the return until well into 2021. This likely has more to do with current market conditions rather than a consideration of customer comforts.

In North America, several different airlines are returning the aircraft back into service.  According to the schedule, American Airlines would be leading the way in late December on flights between its Miami hub and New York’s LaGuardia Airport.

United Airlines said each one of its Max airplanes would require about 1,000 hours of work and training before resuming service in the first quarter of 2021.

Alaska Airlines said it would take the first of its 32 aircraft in January and begin customer flights in March. Southwest Airlines, the largest Max customer in North America, plans to resume flying the plane in the second quarter.

Those who have chosen to fly the Boeing 737 MAX will offer passengers ahead of time notice of the plane type when booking or if there’s a change in schedule. Passengers can then choose to fly on the MAX or change free of charge. A nice option to have.

Although not all airlines are offering it. Ryanair, who will be operating a 200-seater version of the Boeing 737 MAX specially built for them, has said that it’s not practical for them to notify passengers ahead of time.

Given the scrutiny of the type, the comfort of airlines offering alternatives and the slow roll out – most passengers won’t cross paths with a max unless they seek it out for many more years. Years of time that will allowing Boeing to earn back your trust. But for some that isn’t enough, and they will not only never fly a MAX, but also never fly a Boeing plane again.

Perhaps this question of whether or not you should fly on the plane is the wrong one to ask. Rather, should Boeing shut down the line entirely and return to the drawing board with a new design? Is this aircraft ultimately flawed and irredeemable? Is the MAX absolutely unforgivable?

While asked, a question is likely beyond what airlines and Boeing are willing to consider – although arguably would be the best solution for all parties and reminiscent of the fate of the de Havilland Comet.

There are also the other types of 737 MAX aircraft to keep in mind. The Boeing 737 MAX 7, MAX 9 and the MAX 10 have not experienced any issues, and they have no track record of any fatalities. They use the same technology as the Boeing 737 MAX 8, and the same changes to the design have been rolled out.

When the MAX does return to service and travelers see the aircraft flying safely day after day, the hope is that the fear will fade and most people can go back to forgetting about what aircraft they’re flying on, just as it used to be.

This was not written to promote the Boeing 737 max, nor to negate the horrible, tragic events that occurred with Lion Air Flight 610 and Ethiopian Airlines Flight 302. Only to show support for the aviation industry as a whole, and to promote all things flying.

Let me know in the comments below what you think, will you fly on the plane? – Please be nice, this is likely to be a very controversial discussion so remember to be human and reply to each other with dignity.

And as always, if you have enjoyed this piece today, then consider subscribing and joining the found and explained crew.


whoah this blog is great i love reading your posts. Keep up the good work! You know, a lot of people are looking around for this information, you could help them greatly.


Hello there, I found your web site by means of Google while looking for a comparable matter, your site got here up, it appears to be like good. I have bookmarked it in my google bookmarks.