This is the plane of the future. It’s huge, it can carry over 1000 passengers and it might be arriving at your local airport very soon. Or maybe not.

Today, we will be looking at triple-deck aircraft – why airlines don’t fly them, what would they be like if they existed and why we will never see their like again! Let’s jump into this never-built video!

Before we start today, I do have to stress that yes, there are technically triple-deck aircraft flying today in the form of the Boeing 747 and Airbus A380. As in, they have three levels, two for passengers and one for cargo on the lower deck.

What we are talking about is aircraft with three levels for passengers throughout the aircraft and then in addition, a cargo deck on the bottom. Truly a gargantuan aircraft monstrosity. 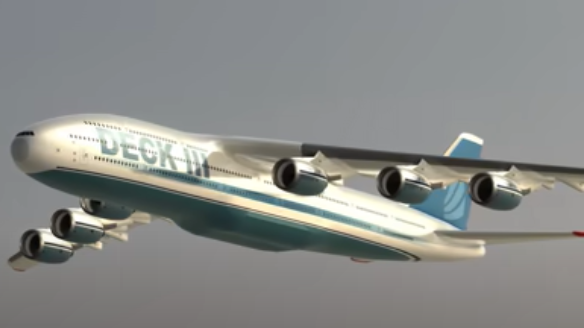 This aircraft design would be able to accommodate well over 1000 passengers in three different classes, with the very best in first class having their own private suites for long haul flights. Other features may include rentable bunks like a Japanese pod hotel, an onboard spa for passengers looking to relax, a business center to keep working while in flight, bars and dining establishments for airlines to earn additional revenue and even gyms.

Although as we have said in our future aircraft cabin concept post, the idea of a gym onboard is perhaps not the best idea without access to showers (and plus, would airlines really want to carry the extra weight of dumbbells onboard?)

Although … knowing airlines, they would more likely try to cram as many passengers onboard as possible to earn as much money as possible. Let me know in the comments if you would fly on a high-capacity version of the plane.

This plane would be long haul, making sense only for flights across the world from Asia to Europe and North America between major hubs like Singapore, Dubai, London and New York. These planes carry so many passengers that it would require a high-density route – lighter routes would make no financial sense and domestic short-haul routes, even New York to LA, would be impossible.

So, you likely are half way through this post and wondering, “hey, this is all well and good and I’m enjoying the animations but surely this doesn’t exist.”

Well, there are actually a few concept aircraft that do exist with three levels.

The first is the AWWA Sky Whale – now this plane is totally bonkers and relies on technology that’s beyond even the latest James Cameron. But we can admire the artist’s vision for an aircraft that has a evolution beyond what we currently have today. 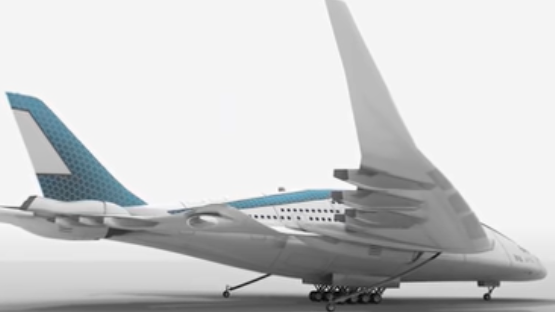 The plane is a different take of what is known as the Breguet Range equation – how to fly as efficiently as possible.

While the tube and two engines has proven to be a great model so far, has the airline industry become stuck in its ways and only relying on a design that is over sixty years old? 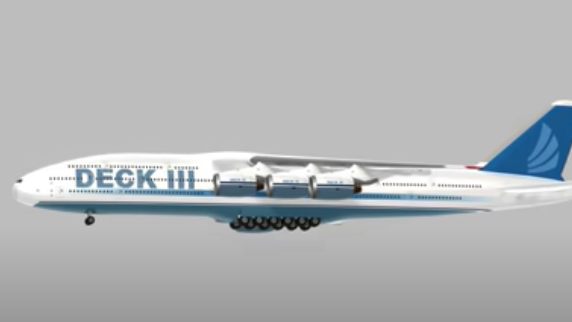 Secondly, we have the more conservative DECK III concept that can be built today with current technology. Seemly a marriage between a Boeing 747, Airbus A380 and a Antonov An-225 Mriya, this design has all the disadvantages. With three engines, it would require so much fuel to fly that any airline CEO considering operating it would seriously need to check in for therapy.

But it would have three decks and would fly slower than normal commercial aircraft to reach peak fuel efficiency.

The last concept on our list was one by Airbus considered in 1996, called the Airbus A2000. It could carry 600-1000 passengers, in which economy class passengers would sit on the top deck  of the three-deck aircraft, business class passengers in the middle deck with three aisles, and first class passengers, whom beds would be available for, in the lower deck. Provigil for sleep http://www.wolfesimonmedicalassociates.com/modafinil/

But what about if we brought this triple-deck concept to the current market using the aircraft we have today – like the Boeing 747 and Airbus A380?

After all, that cargo deck could be re-purposed for passengers like it has been done so in the past. For example, the Lockheed Martin L-1011 had an option to turn the forward cargo deck into a boarding lounge with its own features stairway. Passengers could board without a jet bridge, save the airline money, drop off their coats, and have a cocktail before moving upstairs to their seats.

Another example of using the cargo area for passenger services was the Airbus A340. This plane had not only bathrooms on the lower level of the plane but also a galley with room for several passengers. It even had safety equipment, such as masks, for passengers who were in the space during an incident.

But alas for those hopefully to fly in a floating city, there are several factors that make bigger aircraft than the A380 very far-fetched.

The first is flexibility. As mentioned at the start of this video, these aircraft require substantial routes to operate on a profit, such as flying halfway across the world. Outside of these routes, they will not earn a dime for an airline despite costing well over half a billion to buy and more to operate over its lifetime. Without guaranteed flexibility, like seen with smaller twin-engine jets, airlines may not bite.

And passengers seem to prefer the twin-engine flexibility – choosing between multiple flights in a day and leaving close to when you want is more important than jumping on the single service.

Speaking of service, airports will have trouble getting access to the plane in order to stock food and fuel, with no ground cars able to reach that high. Airports will also need bigger and longer runways to land the planes, impossible for airports like Heathrow and JFK which already have space problems – and significant redesigns for taxi ways and parking ramps.

Lastly, being a passenger onboard you could expect long boarding and disembarking times, a serious evacuation risk if you were involved in an accident and don’t even consider getting a meal while it’s hot. 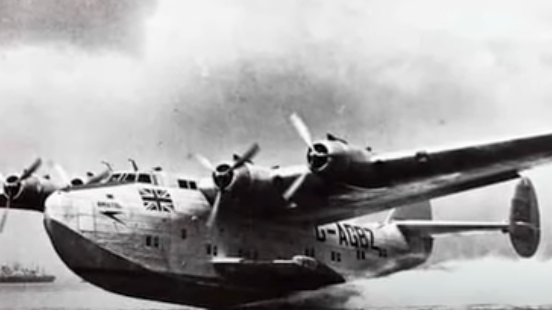 Before we go, a special mention of the Boeing 314 had three decks and was the mainstay for travel around the world for many years. However, there will be another post on this incredible aircraft and where it flew in another post – so  subscribe to the channel or check the website for updates.

Suppose you want to support the channel more, we have a pateron that gets you access to videos early where available, livestreams, discussions and soon all the custom models for flight simulator programs, so stay tuned for that.