For those few readers who are younger and might not have travelled on an aircraft seventy years ago, you might be wondering what exactly the golden age of air travel was.

What was the golden age of air travel?

Specifically, it was the decades of the 1950s to the 1970s that saw the rise of national carriers flying jet aircraft like the Boeing 707 and much later 747s. Now air travel was fast enough to be convenient, and quiet enough because the sound of propellers was no more. Flights now took mere hours what took days, and travel across the Atlantic suddenly became incredibly popular.

Airlines looking to capture that lucrative rich market once held by cruise ships across the Atlantic now had to bring the same level of luxury. This included fine dining that lasted three hours and included steaks and lobster, as much drinks as you liked, enormous legroom and bars on board.

In fact, most airlines that bought the 747 in the 70s fitted the upper deck not with seats but with an impressive lounge.

You might be wondering if this lounge was open to all onboard – well, all onboard were in one class – first. Back then, there was no such thing as different classes, once you bought the ticket you were in with the crowd.

Speaking of a fine crowd of people like you, boy you certainly were among the finest dressed people in the golden age of aviation. In the 1950s, men were expected to wear a three piece suit for the whole flight, and women in heels and as many pearl necklaces as they could wear.

After all, these ladies needed to compete with the first generations of flight attendants. Called air hostesses back then, they were treated like movie stars, with some airlines selecting them for their looks and regulations on how much they could weigh. They wore uniforms that sculpted the body and white gloves not out of place of a five-star restaurant. The uniforms evolved over time keeping up with the trends – and adding to the legend of the golden age of travel.

An age that is no more and today, we look back wishfully.

Another side of air travel’s golden age

Was the golden age of air travel really that great? Let’s have a look at it from the other side.

All those perks didn’t come cheap and back then, air travel was very expensive. At the start of the period to fly from Sydney to London on the kangaroo route would have been around six months to a year of average salary. Today, it can be yours return for around $1000 USD. Air travel was exclusive because it was incredibly limited.

Also, that one class forbid any other seats onboard. Economy, Business, Premium Economy and First took a long time to come to existence, and it was only much later with the 747 that airlines would start to experiment.

Speaking of planes, these first generation of the jet aircraft were not very comfortable compared to the Boeing 787 and Airbus A350 today, with advanced pressurization, incredibly quiet engines and convenient layouts. They were not safe either. These planes didn’t have a fantastic safety track record and passengers had a higher chance of falling out of the sky compared to today. Sure, you didn’t have to pass through any airport security, but there more crash landings, sharp edges in cabins, terrible seats and less trained pilots.

It’s a miracle that any of these golden age planes landed with all the smoke in the cabin. That’s right, back then smoking was not only allowed, but encouraged. With the plane filling up over many hours with a thick fog of unfiltered tobacco.

And you better enjoy smoking onboard, as there wasn’t anything else to do apart from light-up-and-drink at the bar. There were no screens, apart from maybe one film at the front of the cabin, no iPad, no Netflix and especially no music. Passengers were encouraged to speak to other passengers, or write a postcard to family and friends about how ‘great’ the experience was.

And those flight attendants wearing skimpy outfits? They were told to wear a corset all day in heels, couldn’t get married and then were let go at the ripe age of 25. In a world of  #MeToo and human decency, we can’t imagine what those women would have to put up with in a male dominated, cigar smoking, conyak drinking, flying tube. Yikes. 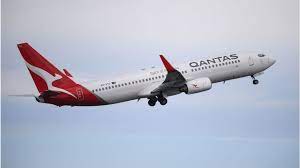 Today air travel is incredibly cheap, with long-haul low-cost airlines giving many of those who in the past with no hope of flying, the chance to see the world! They could fly tip to tail from South East Asia to Patagonia, without ever having to leave an airport.

Plus, with airlines like Qantas deploying aircraft to fly that Sydney to London route direct in under 20 hours, that’s unbelievably unreal.

We would even argue that airlines today are more luxurious than any aircraft of yore, with private cabins onboard middle eastern carriers, and thanks to Airline frequent-flyer programs that only came in the 1980s, you could get a literal bed onboard for cents on the dollar.

So, for those hawking back to the good old golden era of air travel, you can keep your lobster dinner, and sign me up for a low fare on a modern, safe jet aircraft that gets me where I want to go faster. That sounds like the real golden age of air travel to me.

Thanks so much for stopping by today! If you are new here then I invite you to subscribe to the channel to see more, and for those long-term fans who want to support the channel, we now have a pateron that gets you access to behind-the-scenes live-streams, tutorials, access to the next video early where available and a secret perk that you will have to check out.