Today, we will explore the history of the Boeing 7M7, a design pitched to Boeing to solve its Middle of the Market problem, and extend the lifespan of its Boeing 737 series. What was the aircraft like and what happened? Let’s find out!

Middle of the Market

Back in the distant year of 2015, when people could go outside and Game of Thrones was still a good show, a small mum-and-pop investment management company called Merrill Lynch sent Boeing a proposal to solve its middle of the market woes!

What do we mean by this? Well let’s dive into the Boeing middle of the market issue.

The middle of the market is the mythical passenger capacity between 220 passengers and 270 passengers, and a range of 5,000 nautical miles. Currently, there is no aircraft that can best suit it. it’s either the plane is too small and has too small a range, like the 737, or it’s too big and is too expensive to operate, like the Boeing 787.

In the past, airlines operated a Boeing 757 in this space, but today, there is no aircraft built, under production or planned to serve 220-270 passengers. Airbus does come close with its new Airbus A321XLR, it has the range of 4,700 and can fit 220 passengers – but no more. Leaving airlines scrambling to find a solution or even retain older aircraft for as long as possible.

So where does this Merrill Lynch plan come in? Well, when you hear this, you will wonder why no one thought of it before.

But alas, despite carrying up to 230 passengers – it still doesn’t solve the middle of the market problem. You can’t make the 737 any longer otherwise the tail will strike the runway when it takes off.

That’s right, instead of length, why not make the 737, in absence of a better word, fatter?

The very first difference would be that the 7M7 would feature an elliptical cabin. This means an oval shape, almost squashed if looked through a cross section.

This would give the aircraft bigger floor space onboard, allowing it to fit between 220 passengers to 270 passengers.

To do this, designers moved the seats from a typical Boeing 737 with a 3-3 configuration to a very unique 2-3-2 configuration. This means there would be a throne seat in the middle of rows. In business class, Boeing could deploy a 1-1-1 business class. And it wouldn’t be a single aisle, rather it would put the wide in widebody with two aisles. Two aisles would mean a much faster turnaround time at airports, making it perfect for commuter routes between New York and Chicago, or Sydney and Melbourne.

Cargo operators would not miss out either. Narrow body aircraft can’t fit the same LD3 cargo as wide-body aircraft, but this plane could easily fit in a single row down the length of the plane.

Wider body would also give it a wider fuel tank, meaning more fuel for the standard Boeing 737 engines – a longer range of around 5000 nautical miles. This is much further than the range of the Boeing 737 with a 3850 nautical mile range.

To maintain aerodynamics, the plane would have a tadpole shape that would taper out near the tail. This would give it the space of a widebody with the economics of a narrow body. To ensure pressurization, the plane would use the same composite materials at the Boeing 787 – a technical marvel that opened the door on non-circular shapes. 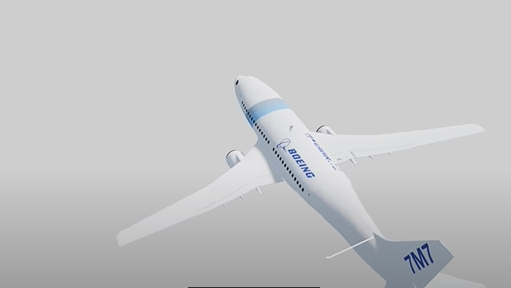 Speaking of money, Boeing would be set to make a saving when it came to engineering and construction. it could use all the same materials, manufacturing, suppliers, engineers, marketers, and more as the 737 production line – saving Boeing a fortune.

Lastly, Pilots would not have to retrain to use the aircraft. This is a principle thorny issue that resulted in the Boeing 737 MAX having its design issues leading to crashes in recent years. However, it is possible the 7M7 didn’t need to move the engines forward like the 737 MAX and thus would not have required the special autopilot to keep it aloft. Again, these are theoretical and I’m not an engineer, so legally, this is just conjecture!

So why was the 7M7 never built?

Back in 2011, it seemed like that Boeing was on the verge of announcing a new design for the middle of the market – rumors had it that the airframe would be elliptical like the 7M7. Boeing had filed several patents for designs wider than they are tall.

Important dates would be aircraft components in 2020-1, assemble the new plane prototype in 2023, and fly it for the first time in 2024, with the new aircraft ultimately entering service in 2025. The company predicts a market for more than 4,000 of these planes – billions of dollars for the company.

Two years later in 2019, the Paris Air Show came and went, and Boeing seemed the stagger with any announcement. Airbus revealed the A321XLR, securing orders left and right and Boeing was left holding the bag. Likely, they decided to pause their reveal until they could factor in a competitive advantage over the 321XLR. 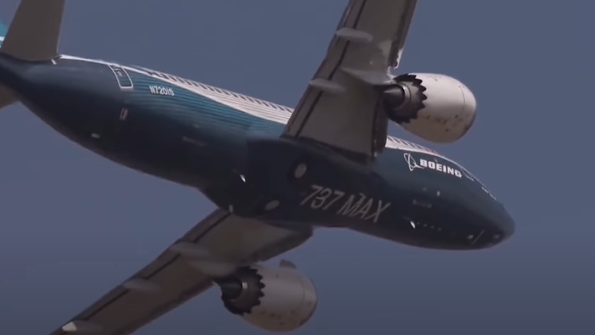 Alas, then tragedy struck with the 737 MAX crashes and grounding, and a replaced CEO later, the 797 has been put on the back burner. Boeing has decided to focus on getting its existing 737 back to the air, and it moved to redesign its next concept for a very different market indeed.

Thanks so much for stopping by today! I hope you enjoyed this little tale about the Boeing 7M7 and what could have been.

If you enjoyed this one, check out my other Boeing content on the Boeing Sonic Cruiser, and hang around for more!